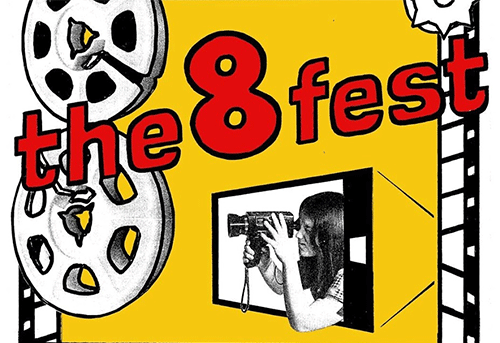 No matter how small or rough around the edges, Toronto’s vibrant film festival calendar contains something that will embrace it: The 8 fest – or to give its full title, The 8 fest Small-Gauge Film Festival – is about as niche as you can get yet has become the longest-running festival of its kind in North America. It continues to present and celebrate small-gauge filmmaking from the city and around the world.

Dedicated to those little gems and bespoke film projects, where all forms of ‘small-gauge film’ and the equipment used to produce them are lauded, screened and discussed, in a few short years, The 8 fest has become the go-to event for people who enjoy seeking out work from professional filmmaking’s fringes. The festival is for absolutely anybody using small-gauge to create something that little bit different – everything from features, animated shorts or mini-documentaries to video diaries, performance art and experimental films are screened in their original formats; the list of equipment used to create and screen them is broad too, from 8mm, Super 8 and 9.5 mm film stock, to art installations, instructional loops and pre-cinema devices such as the zoetrope.

Small-gauge filmmaking has a rich history dating back over seventy years, and The 8 fest celebrates it annually. From its inaugural edition in 2008, the festival has gone from strength to strength and heads into its eighth year with its commitment to showcasing and perpetuating small-gauge film as a viable presentation medium as strong as ever. 2014’s event was a terrific success, with a packed program spread over three nights and included numerous mini-films, artists’ presentations, live music and director-led workshops on topics such as 8mm camera operation and filmmaking.

‘A little festival for small films’, the 2015 8 fest takes place between January 30th and February 1st 2015 and will be held at its new home in Toronto’s SPK Polish Combatants Hall (aka Beverley Halls). Submissions are welcomed and can be of various forms including experimental, handmade, diary/essay films, and historical footage or even home movies.